FOUR BY FOUR is the story of the establishment of a blended scotch in India which was to be positioned as the epitome of power, strength, and balance. We worked on incorporating the sensorial aspects of the scotch blend to create the persona of the brand. The terms such as Mellow, Malty, Balanced Sweetness, and Oaky Palate gave us the direction in which the brand and product were to be approached from. We developed FOUR BY FOUR along with the makers at Craftsmith, who took all possible steps both fundamentally and communicative about how the product and the brand will be marketed.
At the inception of the brand, our main focus was to display the qualities of strength and power both verbally and visually. The idea was to use terms and imagery which could be related both directly and indirectly to the concepts. ‘Four by Four’ was the chosen name that drew direct meaning from the four-wheel drives which are used to conquer rugged terrains. Thus the name gave a meaning that pointed towards the direction in which the brand was moving and the use of a horse as imagery completed the ideation process which was again a display of balance, strength, and grace.
The choice of colors was towards the darker tones and pastel shades to establish the mildness and malty flavor that the product gave and the usage of the rotated square on the packaging was to depict the balance that the product tried to emanate. To bring the product to life, the task of creating digital images of the bottle and the labels to give the overall look and feel that was conceived for the product, @rohitbhong and team were roped in to generate the 3D visualization of the product as both they shared the vision of creating FOUR BY FOUR in a way in which it was visualized. For the production details, we worked very closely with the production team with changes in the values of foiling, embossing to get the perfect mix out there on the label as well as on the mono cartons 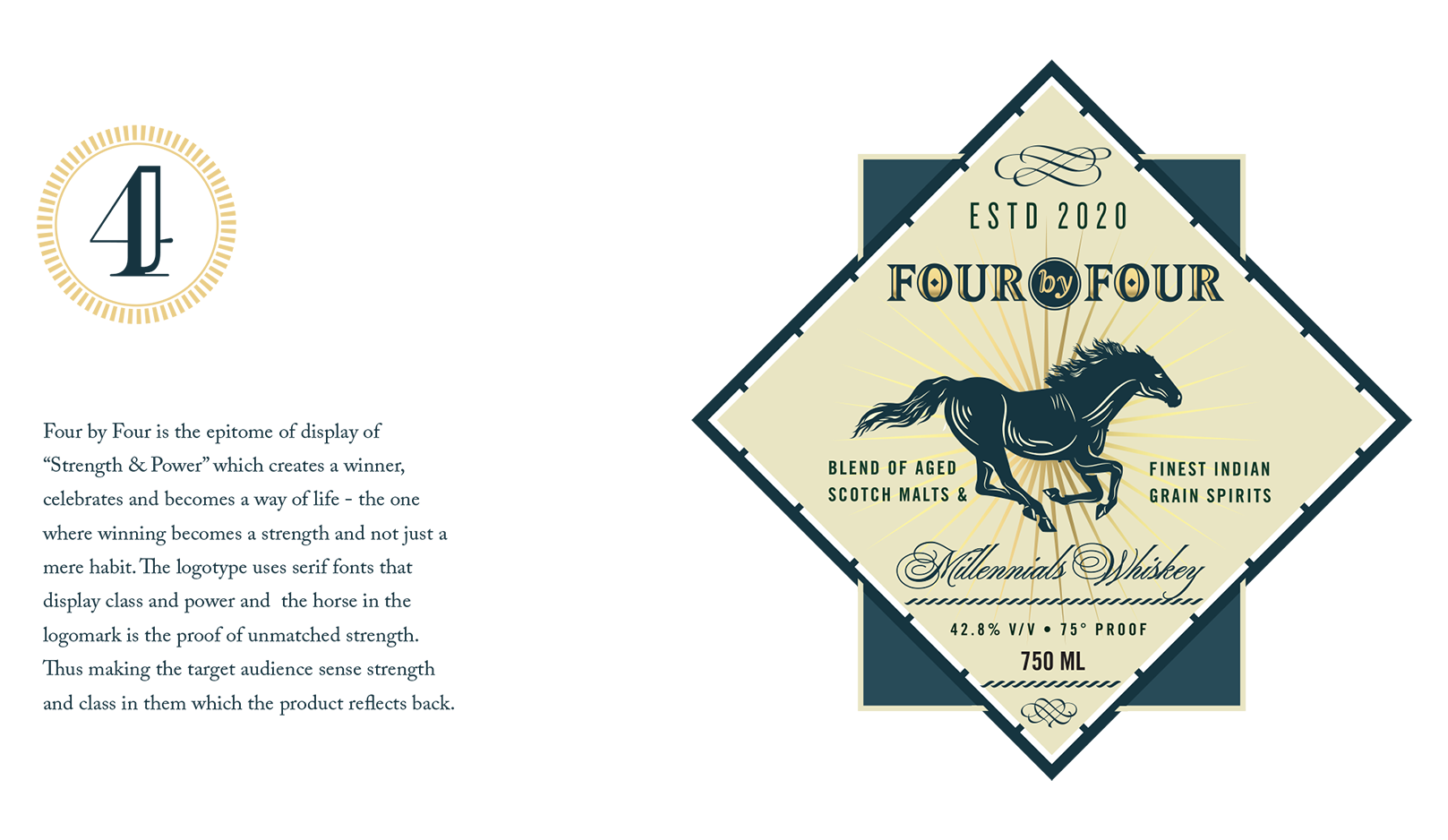 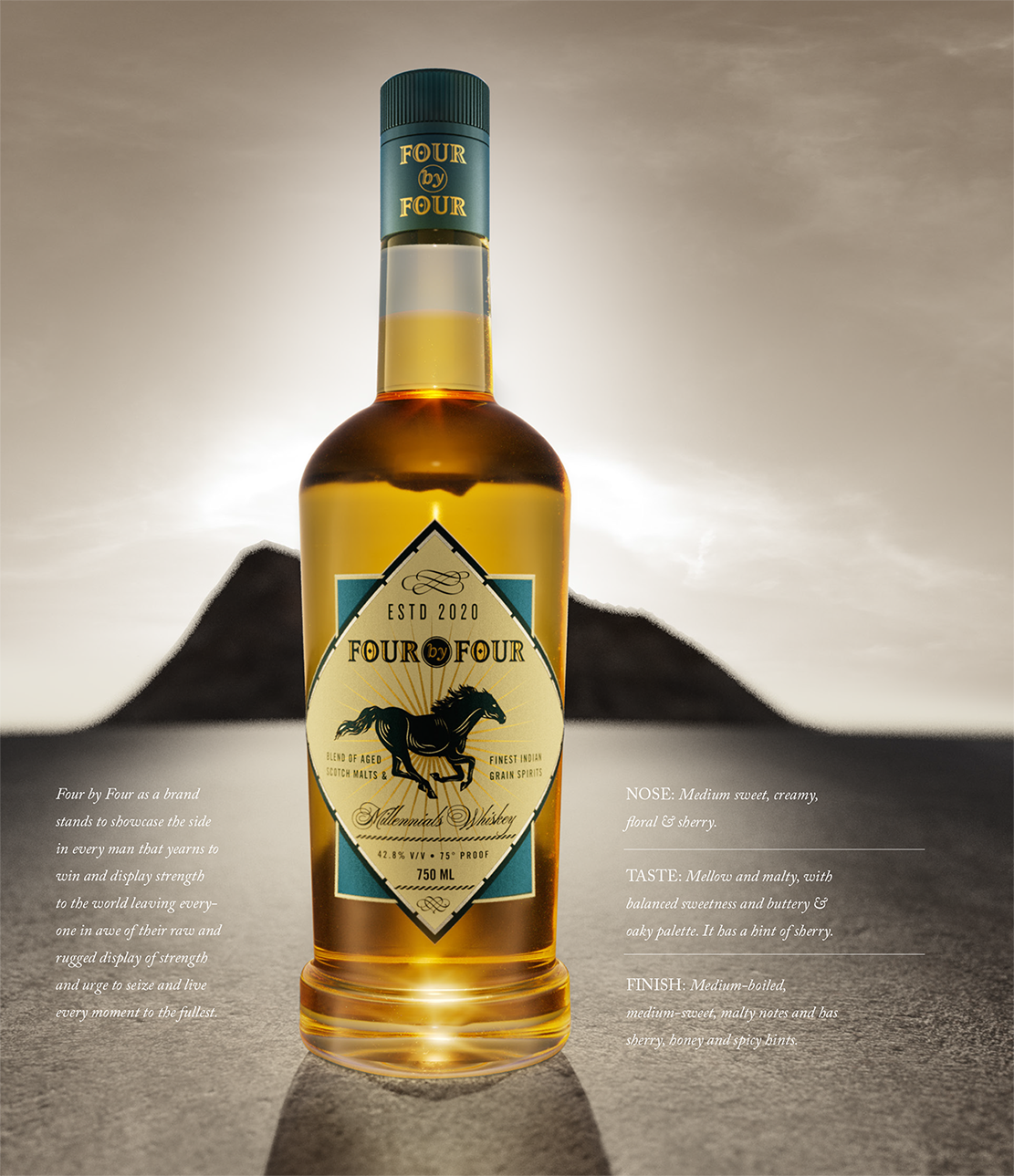 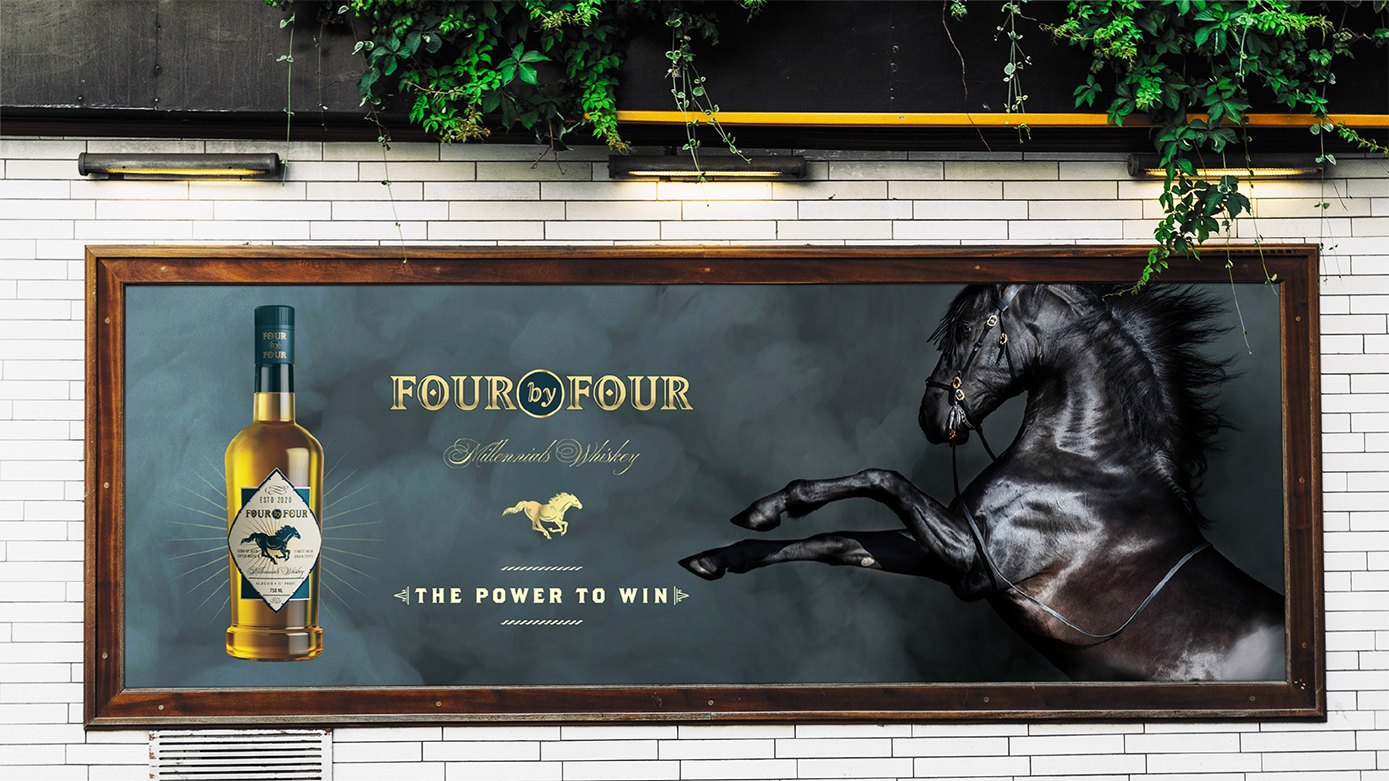 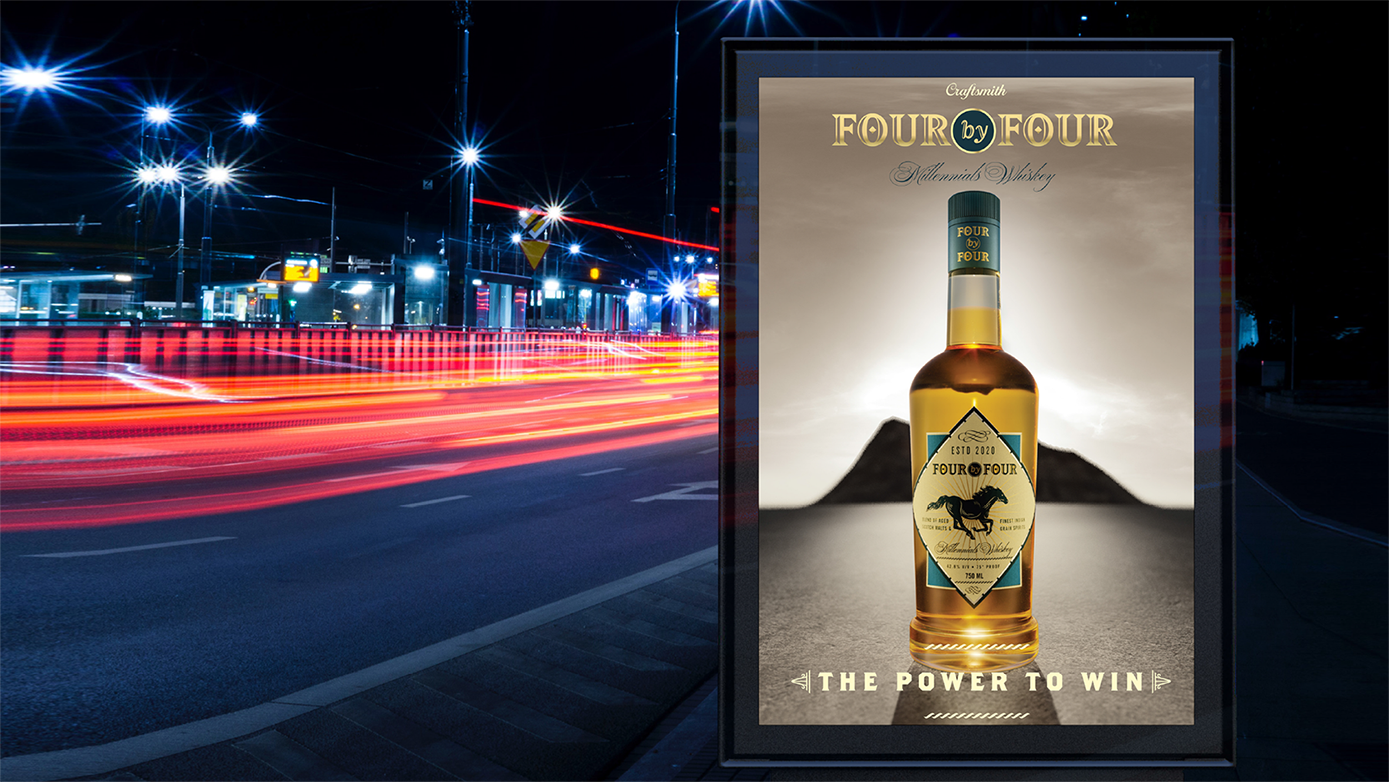 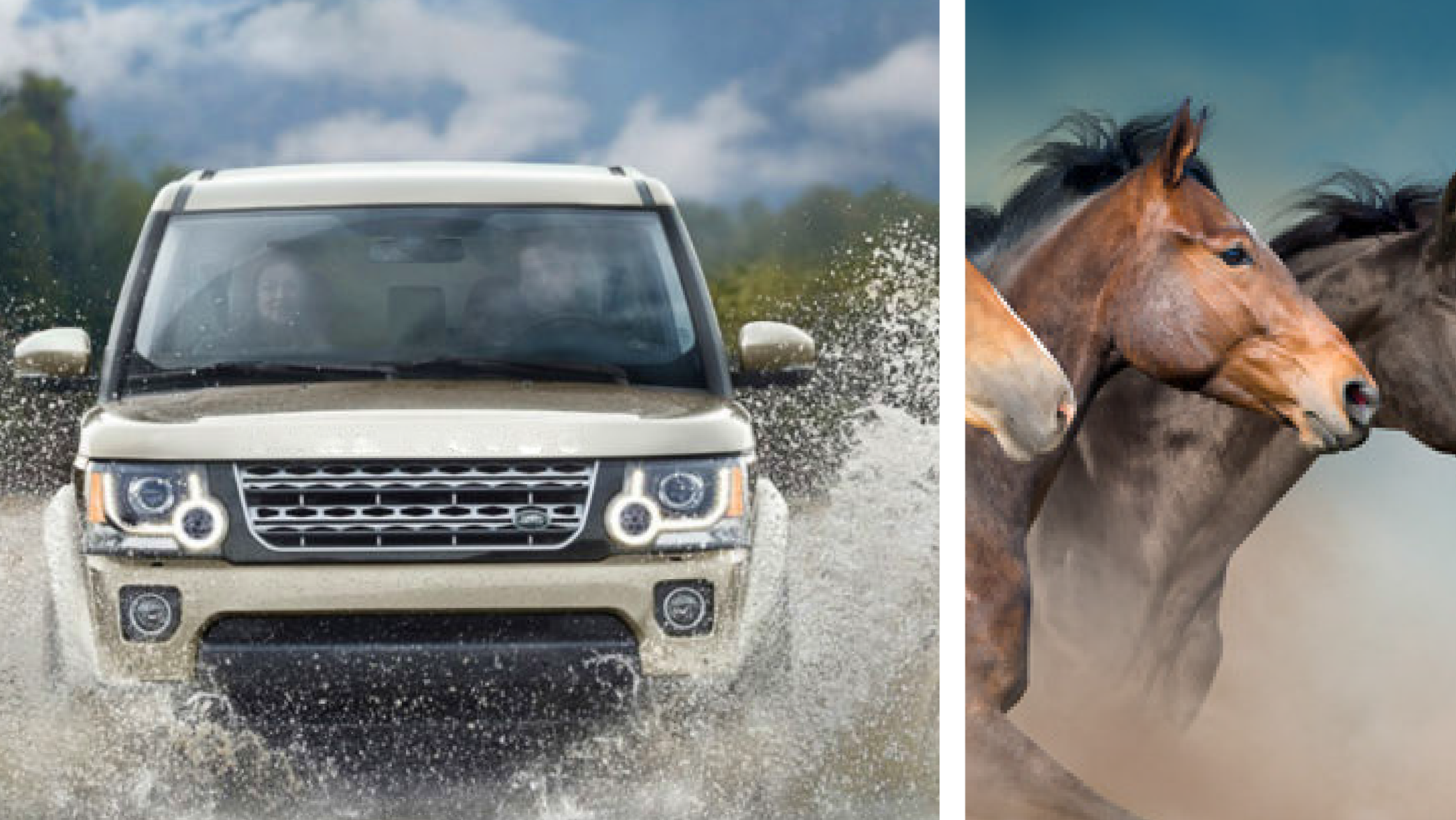 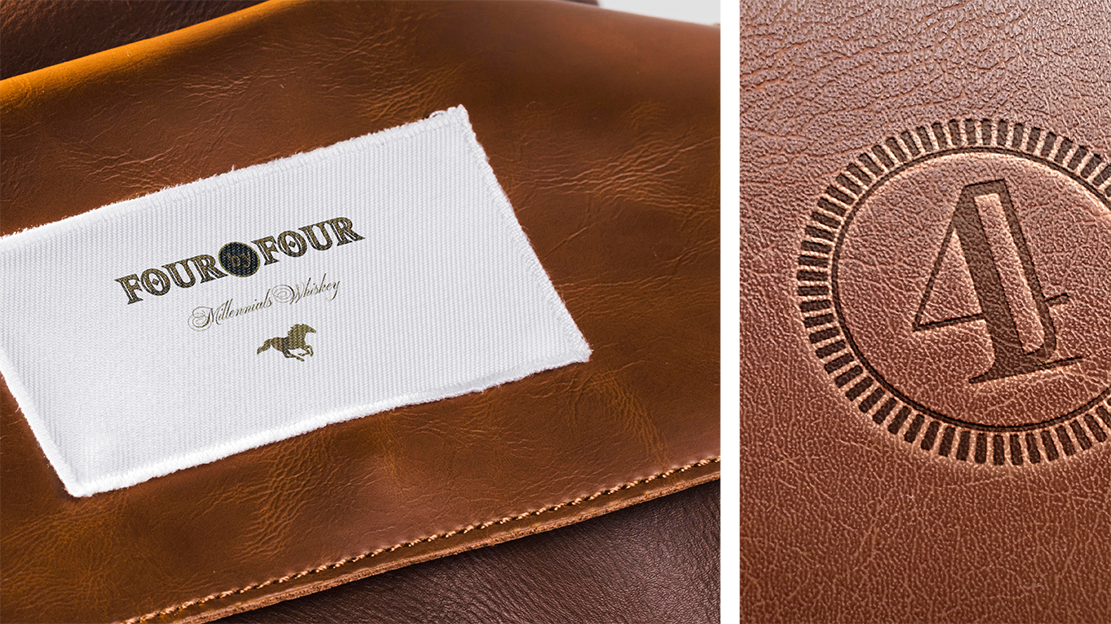 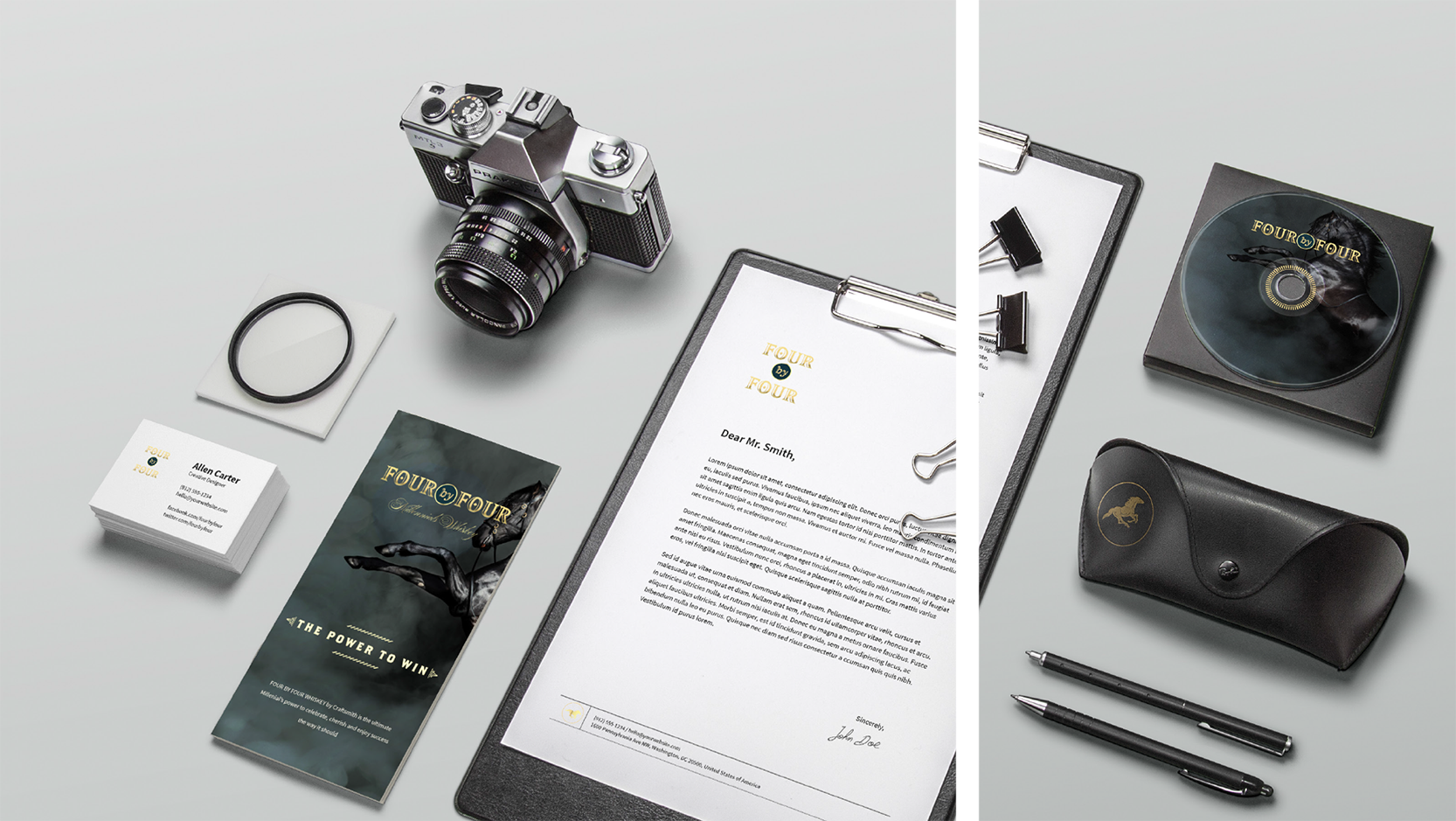